Converted UHP Powerpack proves to be a success 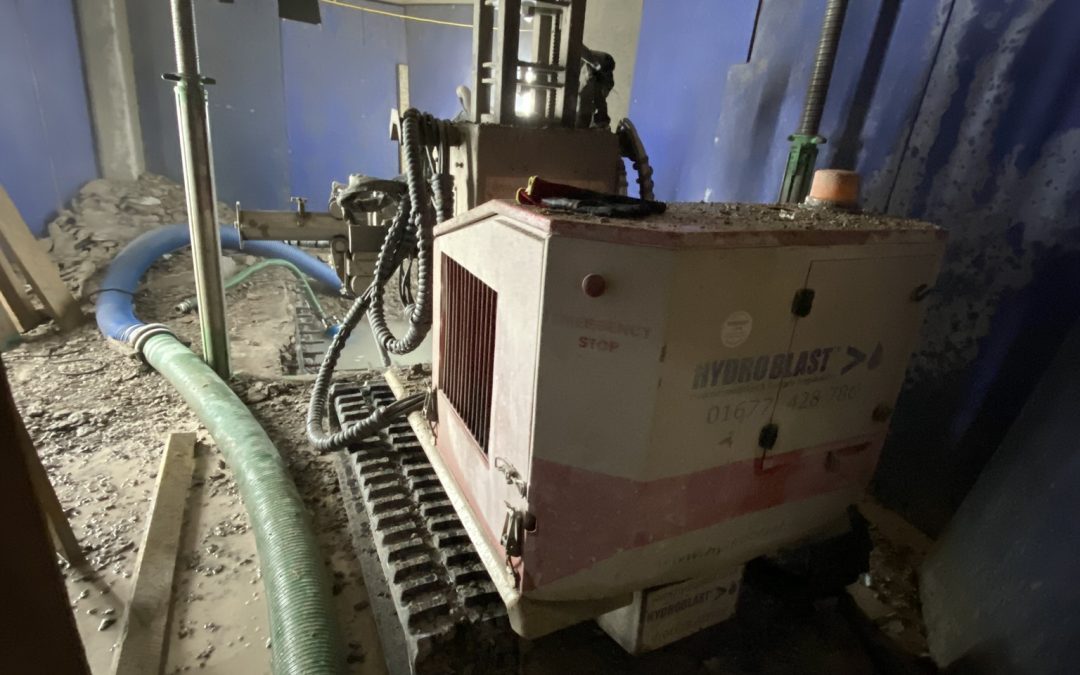 As promised, we are pleased to report back that our ‘UHP’ Powerpack has recently completed its first commercial Hydrodemolition project. We are over the moon with its performance and could not wait to let everybody know how it got on.

The job involved the removal of a tower crane on a new high-rise block in South Yorkshire. The task was to remove the concrete pad which the tower crane was supported by, and expose rebar for examination in the floor slab. With the Powerpack and robot the job was completed within 4 days, under the estimated time of 5 days which is fantastic. A big well done to our on-site operators for always being efficient and professional on site, especially during the current situation.

The depth removed was just under 1metre and was approximate just over 5m3.

Saving time, money, and the planet

It has passed all our expectations and we are very proud of what we have achieved with this machine.  It completed this job in half the time of our previous method using the HP Powerpack (which is still superior to the speed of conventional methods of concrete cutting), which in turn means that it used half the fuel that we would have needed otherwise. Lastly and arguably the most important it used half the water which we would have needed previously. These three points clearly demonstrate our commitment to sustainable development by investing in equipment that can complete jobs faster using far less resources. In addition, our customers will then receive a lower bill due to our cost savings.

The whole set up

Plant and equipment was mostly in house meaning complete control of the resources. Supplying a pH adjust/silt buster tanks, noise barriers for the site protection including herras fence panels for our working exclusion zone, sandbags for bunds, supplied and organised the standpipe licence including water, fuel for the pump, a vac tanker for managing the waste water and concrete, and a skip disposing of all waste.

It is rewarding to know that we have completed a task in a more efficient time frame and to the same standard than we would have done regardless of our new machine. But it is more so to know that we are doing our bit in helping the environment while doing so.

If you have any Hydrodemolition work to be completed, let our UHP Powerpack lead the way. Call us today to discuss your requirements.