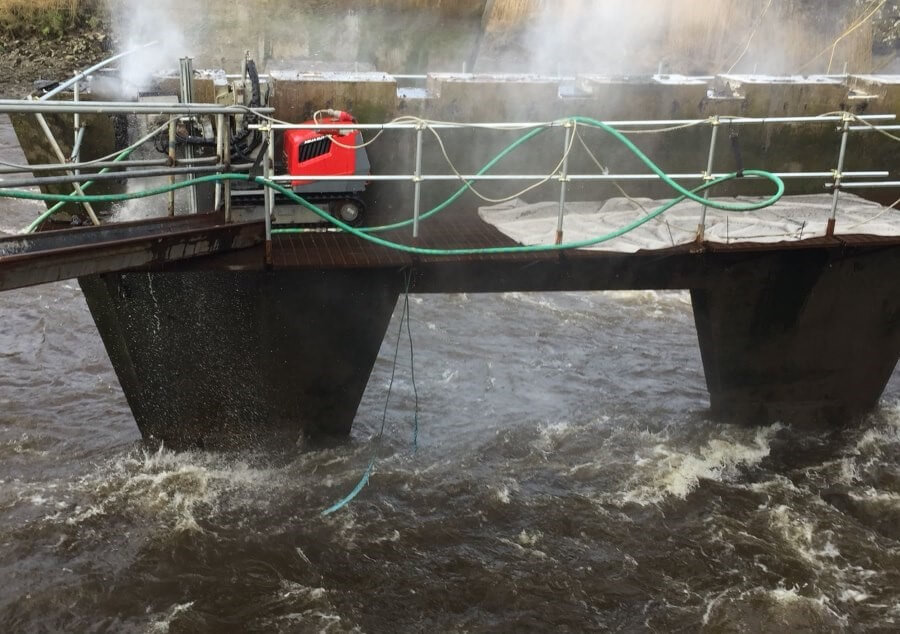 At Hydroblast, our staff are often required to travel to client sites to provide both emergency and contracted services. This includes both the Republic of Ireland and Northern Ireland, with our recent bridge refurbishment at Latoon Creek providing an excellent example. The bridge had been deemed unstable and its use was restricted to only light vehicles as a safety precaution. In order to fix it, major works would have to be performed.

Recently, Clare County Council allocated a huge €14.8 million to be spent on the repair of several major roads and bridges. As a substantial part of the investment, the bridge at Latoon Creek would receive €1 million to improve its functionality and safety. Hydroblast were called in to help, with our task being to hydrodemolish damaged concrete from the bridge’s supporting pillars.

Before the bridge refurbishment could begin, the old and damaged concrete had to be demolished. The bridge was in need of major repair and so the bridge deck was completely removed. This left two supporting pillars, awkwardly positioned in the middle of the river. In need of an innovative and fast solution, the contractors called in Hydroblast to quickly cut down the concrete so that reconstruction could begin. Our work had to be completed in just seven days to keep the project on schedule. We also had the spring tides to contend with, which meant our team had to be flexible with our working hours. We used flood lighting to overcome the challenge, working from 4am in the morning to complete the task within the agreed time.

We were required to work within a 7.5 tonne weight restriction due to the weak structure of the bridge. To comply with this, we decided to use the Aqua Jet 410a Evolution demolition robot. Weighing only 1 tonne, it is one of the lightest robots on the market. It can also be operated remotely, which makes it perfect for concrete demolition in difficult or dangerous areas, including over water. The operative is kept away from the river and the jetting blast zone, making the entire process much safer.

To place the Aqua Jet on the pillars, we erected scaffolding and lifted it to its intended location with a crane. We proceeded to programme the robot from the safety of the river bank, and it was able to remove the required 16m3 of concrete in just 7 days. 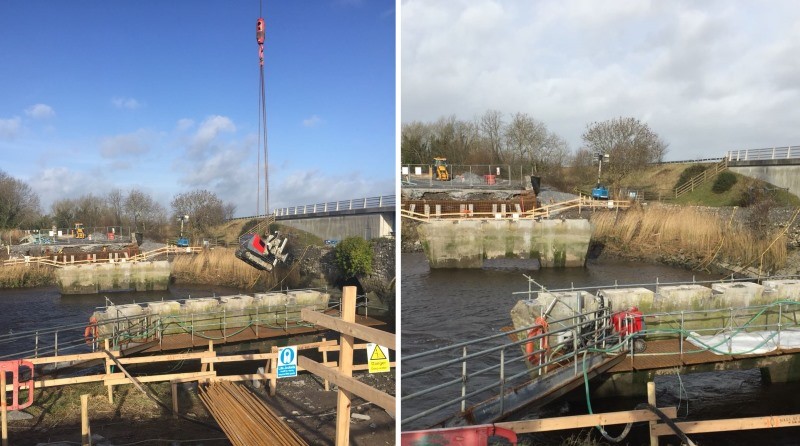 As a robot was used, we were able to use a much higher reaction force than the more traditional method of hand lancing, and the Aqua Jet also didn’t tire. Robots are also able to get underneath rebars more effectively than lances. This mean we could remove the concrete quickly and efficiently, helping us to finish the task within the given time. Using high pressure water jets also prevented more damage to the already weak structure as they don’t cause vibrations, which is a significant side effect with other types of demolition. 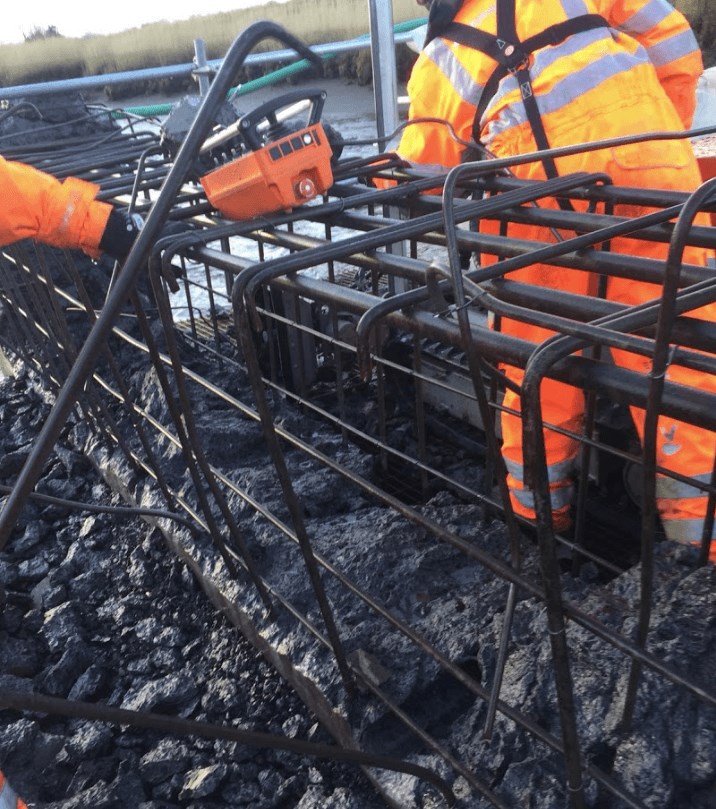 Despite difficult conditions and the complexity of the task, Hydroblast was able to finish the demolition work on-time and on budget. The result was a delighted client and minimal disruption to commuters.

Hydroblast welcomes enquiries from companies based in the UK, Republic of Ireland and further afield. If you could benefit from our high pressure water jetting services, contact a member of our expert team today.